The transformation from "Hanfhof" to Pure Campus.

In 2016, the three founders of Pure Production AG took over a former nursery, which they successfully transformed into a cannabis farm. Every square meter was covered with cannabis plants and with the first harvest coming and the intense and wonderful scent spreading throughout the valley, curious neighbors were attracted. Due to the fact that cannabis had a scorned reputation, the interest grew on a daily basis and more and more individuals found themselves standing on the premises asking questions.

This curiosity didn’t go unnoticed, which is when the “Cannabis Experience Farm” (Hanfhof) was initiated along with the production of cannabis flower on the former nursery grounds. It was the first public space in Switzerland where the population could inform itself about the wonderful cannabis plant and gain firsthand experiences. The aim was to reduce prejudices by giving visitors access to the cannabis plant with approximately 100 educational information boards, over 10’000 plants to touch and smell and a cannabis maze, sheltering the largest CBD plant in Switzerland. Not only the inaugural event with up to 3’000 visitors was a success, but during the following years, the “Hanfhof” kept its popularity throughout Switzerland, attracting several thousand visitors per year. In addition, over 100 guided tours per year have been carried out for companies, associations, interest groups and private individuals. 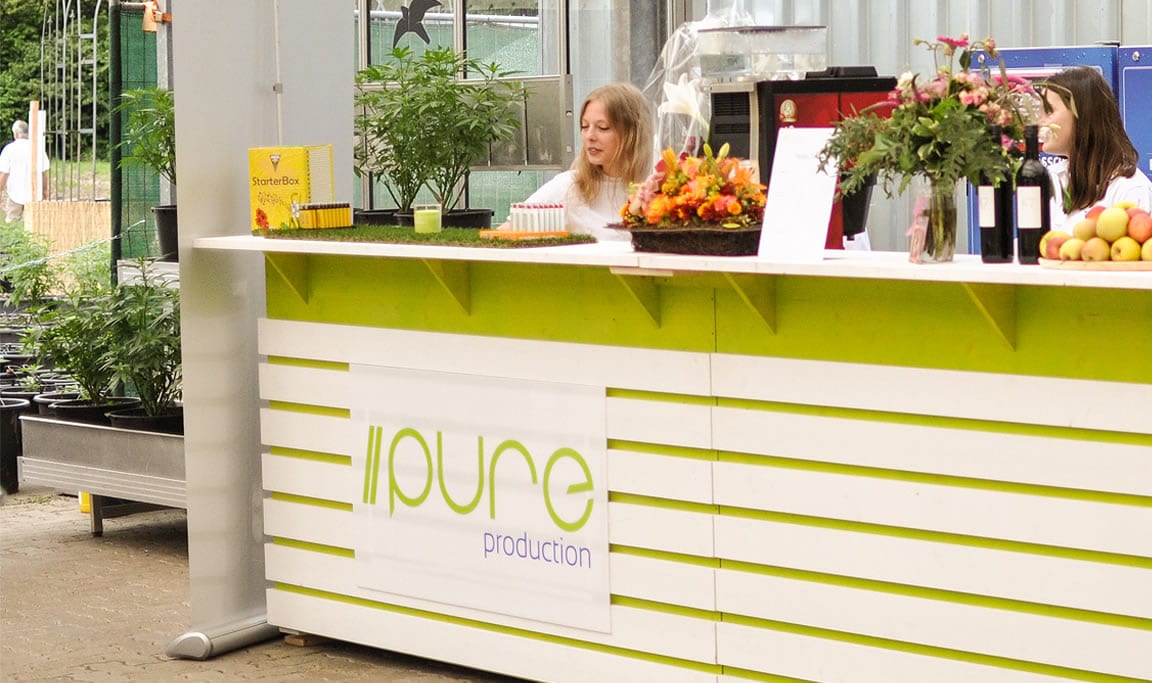 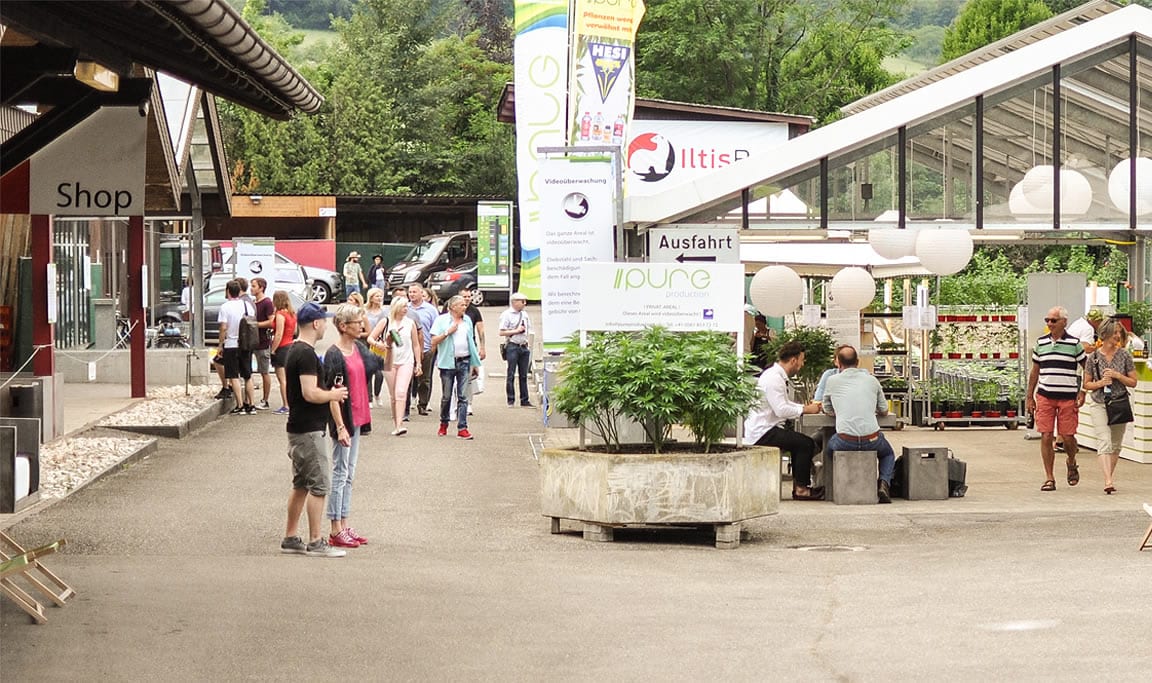 The “Hanfhof” was as dynamic as Pure itself. In the beginning it was used purely for flower production, followed by extraction, then processing as well as other parts of the value chain. Even then, it was clear that in the rapidly changing and growing cannabis market, new genetics had to be integrated into the production process to complete the entire value chain. For this reason, Puregene AG was founded in 2018 by Stevens Senn and Yannik Schlup. For a while, basic research on non-psychoactive cannabis genetics and CBD production overlapped at the “Hanfhof”.

Fast forwarding two years, Pure Holding AG now holds four THC exemptions from the Swiss Federal Office of Public Health (BAG). In spring 2020 Pure Production AG received an exceptional permit for “cultivation of THC cannabis under the rules of organic farming”. Puregene AG also received an exceptional permit to conduct research with THC in Zeiningen until 2025. Furthermore, we have an exceptional permit for THC analysis and an import permit for THC seeds from all over the world. Due to these four exemptions, a strictly secured research area was established in Zeiningen and the former “Hanfhof” was converted into today’s Pure Campus. 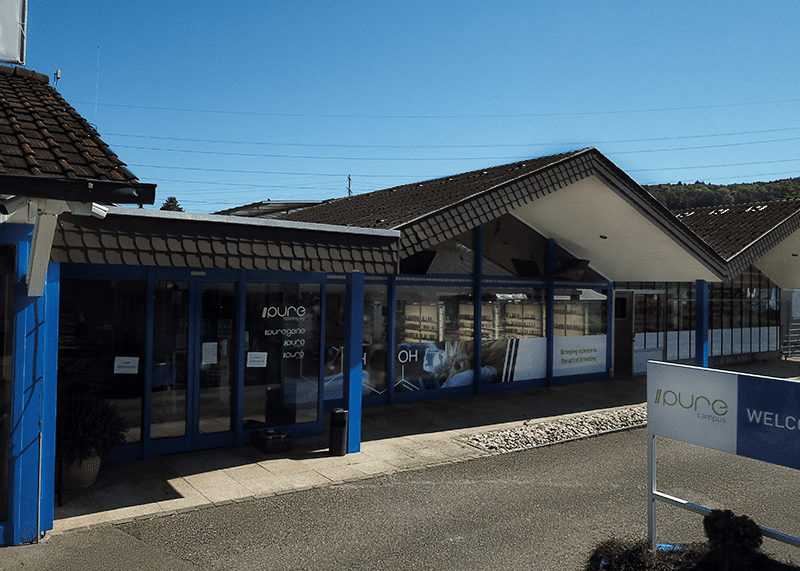 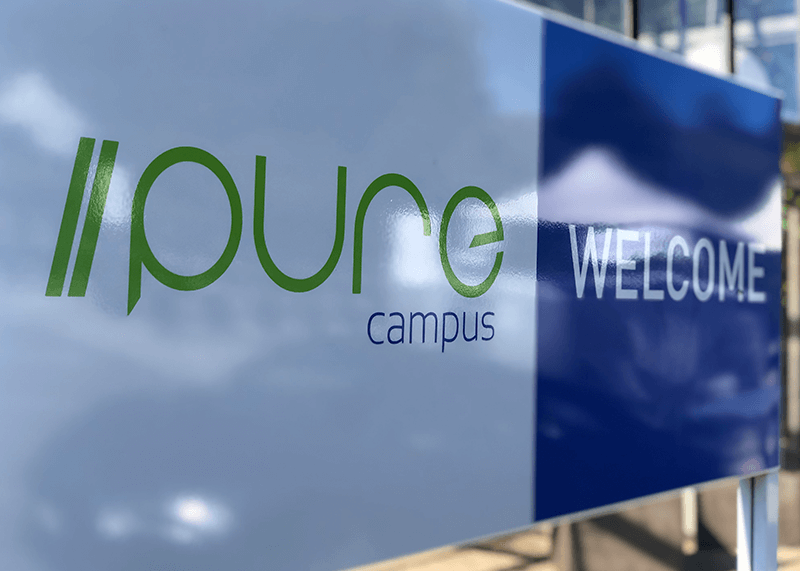 Pure Campus now accommodates various roles in the value chain, such as analytics, production, development and processing. However, primarily it is Puregene AG, an advanced leading research site for molecular biological cannabis cultivation. Our “circular breeding pipeline” in the strictly secured research area generates enormous amounts of data. This is thanks to an immense throughput, which is processed by our supercomputer, making our machine-learning algorithm among the fastest and most precise in the world.

We want to keep up the tradition of our beloved “Hanfhof”, by upholding the opportunity and continuously giving the population insights and facts about the incredible plant cannabis.