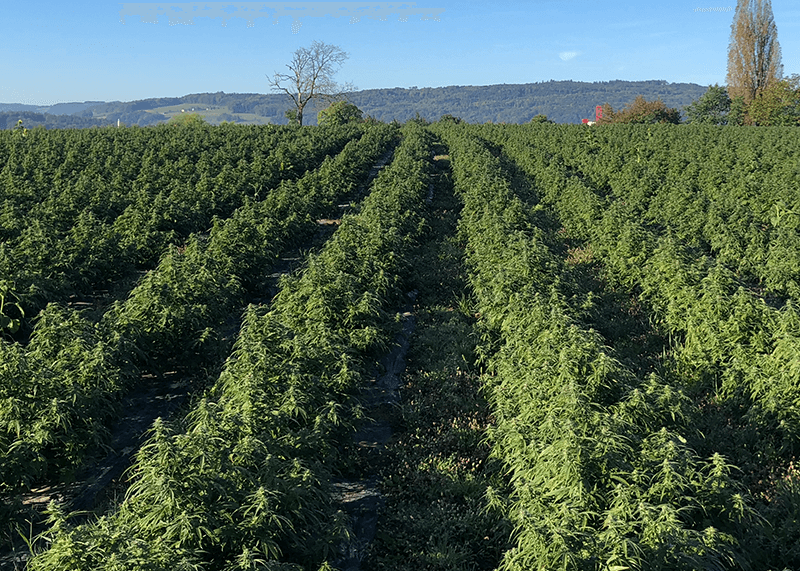 Pure Production AG started off by converting a former garden centre into the first “cannabis experience farm” open to the public. Here, cannabis was produced indoors, outdoors and in greenhouses on an area of 25’000m2, while at the same time allowing the public access and information to this long-banned plant. Our first advances were directed towards norming the cannabis production in collaboration with industry partners and the Swiss ISO representative SNV. We are leading several initiatives in Switzerland to improve the visibility of the cannabis industry and to educate the public on the various benefits of cannabis.

DEOM Production AG is the second production site of Pure Holding AG. In one of the largest indoor production facilities in Europe, 6 tons of trimmed flower are produced per year on 5000m2 with 1000 x 1000-Watt lamps. Most of the flowers end up as tobacco substitutes, available in more than 4000 POS in Switzerland and abroad. A large sum is also sold as raw material all around Europe. Our state-of-the-art facility is online 365 days of the year producing quality products. While in the beginning only CBD plants were cultivated, new cannabinoids, such as CBG, are continuously entering the production cycle.

Outdoor Production AG provides the Pure Group with a wide range of cultivation areas from numerous local farmers, with whom we grow our various varieties and conduct different field trials. During the 2019 season we cultivated 750’000 plants on 75 hectares, yielding 200+ tons of hemp biomass and approximately 4 tons of trimmed flowers. We coordinate our various field trials and the variety testing with our farmer network. They cultivate our varieties and breeding populations on the chosen hectares to create the data we need to propel our breeding programs.